The majority of our time in Indonesia was admittedly spent in the water, so we probably learned more about the environment than the people! We gave ourselves a few days in Padang to gather surf gear before we shipped off to a surf resort in the Telos region. For ten days we surfed the best waves of our lives, all day every day, then had a day in Bali  to explore before starting two days of travel back to New York.

We arrived in Padang on a rainy night, piled our weary bodies and backpacks (they seemed to be getting heavier) into the taxi and trundled on for an hour in very unfamiliar territory. We had been moving so fast that I hadn’t even thought ahead and formed any expectations of Indo (Reece planned this part of the trip). We checked in at our hostel, which didn’t have our reservation or electricity, no big deal, any bed will do. Power outages had been common along our travels, so with no hesitation we donned our headlamps and headed up the cement stairway, wriggled the large key around in the gaping keyhole (why are these locks so popular in SE Asia?), peeled back the outer layer of the bed and peeled off our clothes – no electricity means no fans.

Around 5am we woke up to thunderous shaking. In our grogginess we thought it might be a train roaring by. Our instincts kicked in, they said no definitely not a train, and a surge of adrenalin shot us out of bed. So this is what an earth quake feels like! We threw on clothes and hustled outside where the other two surfer/backpackers were standing, just as confused. The hostel manager assured us it was just an earthquake and everything is okay. We noticed though that he had all his belongings and was sitting on his motorbike, engine on, ready to jet. Not reassured, we all frantically took to our phones to find out if a tsunami is coming. This, we found, is not available online…we’re still not sure how (or if) people in the town receive immediate warning of an oncoming surge. Locals know to go outside of their buildings – most of which did not look structurally sound -and wait an hour before going back inside. Later in the day we read that it was 6.5 magnitude earth quake, far enough off shore that a tsunami didn’t kick up.

I spent the rest of my time in Padang visualizing how swiftly a tsunami could wipe away the city, what tall structures I’d climb, how I would carry Reece up to safety. The only time Reece and I separated was when he convinced me to go to a cafe while he went for a haircut…really he just wanted a moment to call my parents 🙂 This rattled us for a few days, especially when we were on a small private island just a few feet above sea level. And then we got busy surfing, bigger waves than I’ve ever surfed before, and I was too tired at the end of each day and too in awe of the beauty of the island to feel anxious any more. Certainly, there is a risk in traveling to this part of the world, but it’s worth it. And we certainly got a glimpse of one of the dangers of living in this tectonically active part of the world. 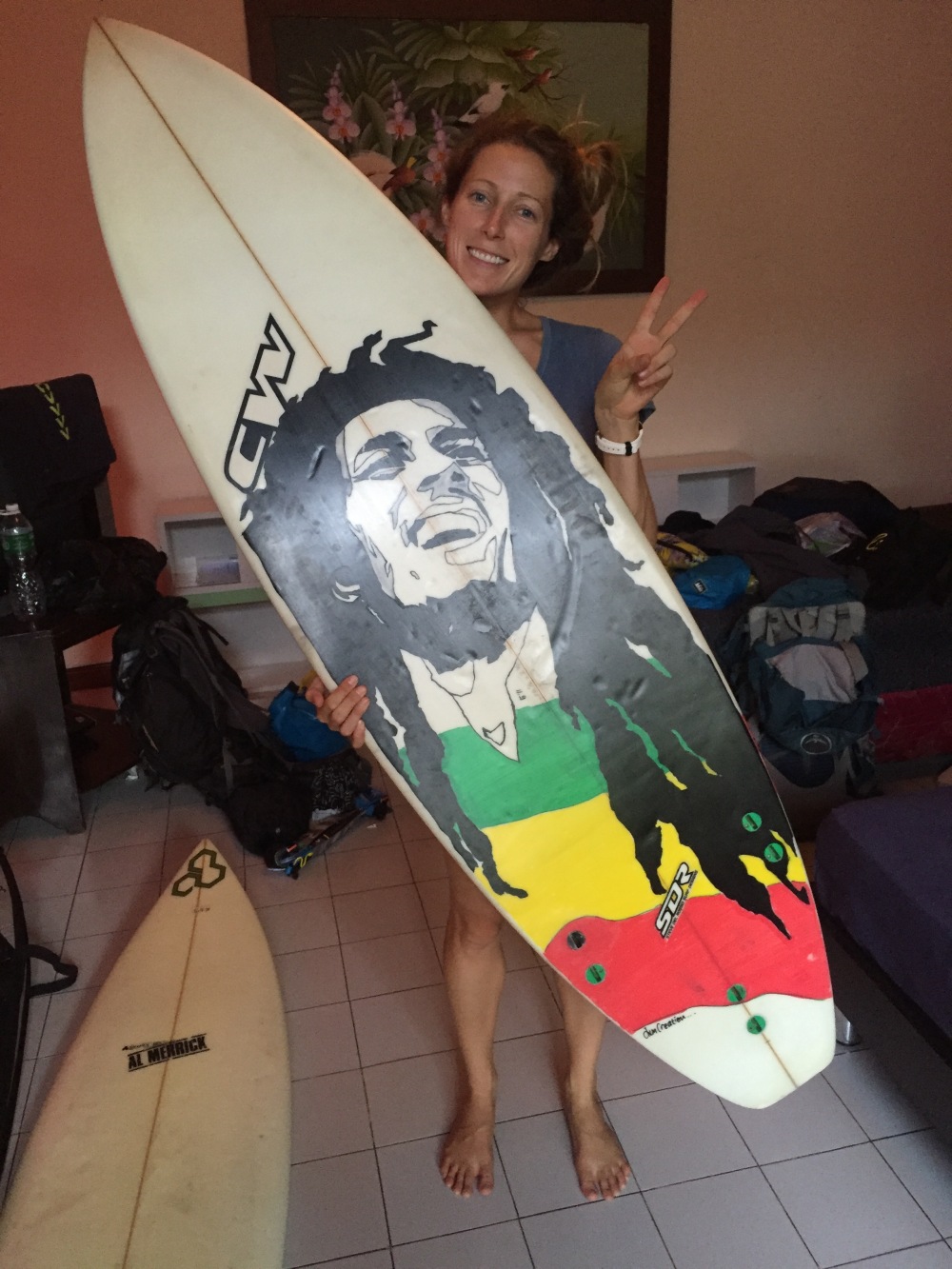 There was one surf shop in Padang called Substance Boardriding Shop, surprisingly modern and with a solid selection of gear and clothing. We picked up three used boards – surprise, mine turned out to have a giant Bob Marley portrait on the bottom, which later turned out to attract sea snakes! Reece got one and then we got a third in case one broke. While Padang generally seemed pretty beat up and worn down, there were a handful of modern looking restaurants and cafes, which we targeted in pursuit of safe meals. Hoya Bakery has a breadth of gooey pastries (cheese is a popular filling) and we found real yogurt there too, which at the time was a luxury! Safari Garden Cafe and Restaurant was busy with hip, young Indonesians, sleek industrial decor, really good locals dishes with some western comforts. El’s Coffee is good for lunchtime curry rice bowls and has an endless list of special Indonesian coffees. Masterpiece Bistro, full of young love and first dates, is an old barn with swings built in, loud music, a movie on the wall, and misspelled English words painted on the walls. 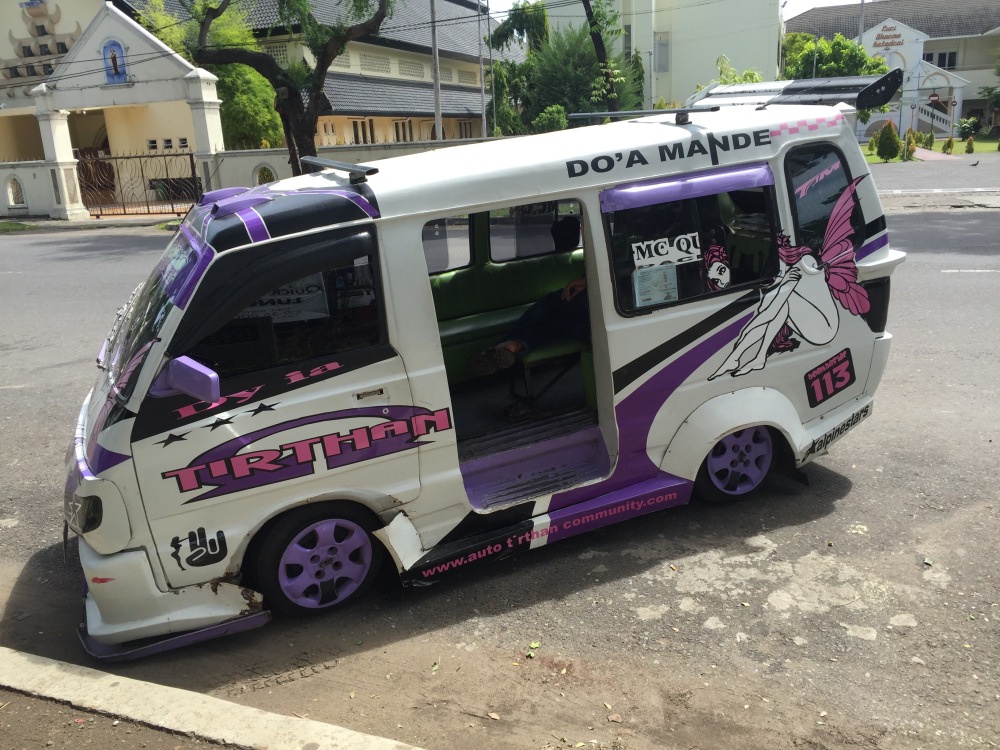