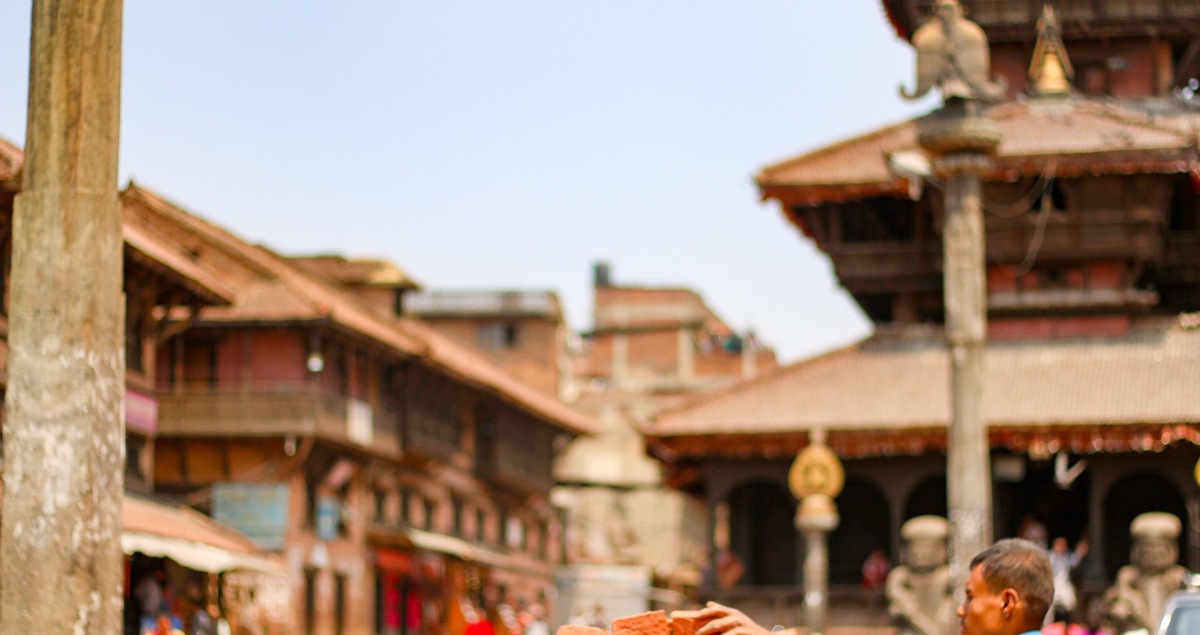 We’re packed into a, quite literal, hole-in-the-wall establishment called King Curd, delighting in the deliciousness that is homemade yak’s milk yogurt with our new Italian friends Stefano + Gaia, and the proprietor of King Curd, Laxmi, and we are all laughs and smiles.

Of course, none of this could’ve been planned prior to getting to Nepal, or even to Bhaktipur itself, but that’s how travel works out sometimes. Pieces fall into place, new friends are made, and yak’s milk yogurt is consumed.

Zooming out, we’re in Bhaktipur, which is just a 45 minute taxi ride from Kathmandu. We shared the taxi with Stefano + Gaia (whom we met while trekking near Pokhara) and we had plans to wander about the ancient pagodas, snap some photos, and maybe stumble upon some yogurt, rumored to be the best around the region.

While hiring a guide is a great way to learn more about a place, we declined [many, many] guides offering their services this time around, opting instead to wander as a group and glean what we could from the guide book. Without the formality of a guide, our self-made tour was circuitous, ill-informed, and really fun. Credit goes to Stefano + Gaia for being great travel buddies.

If you want an informative post about Bhaktipur, Wikipedia is your friend. My/our take is that it is a cool old city, with some awesome architecture and history, much of which was damaged in the 2015 earthquake, but certainly not all, so it’s still worth a trip.