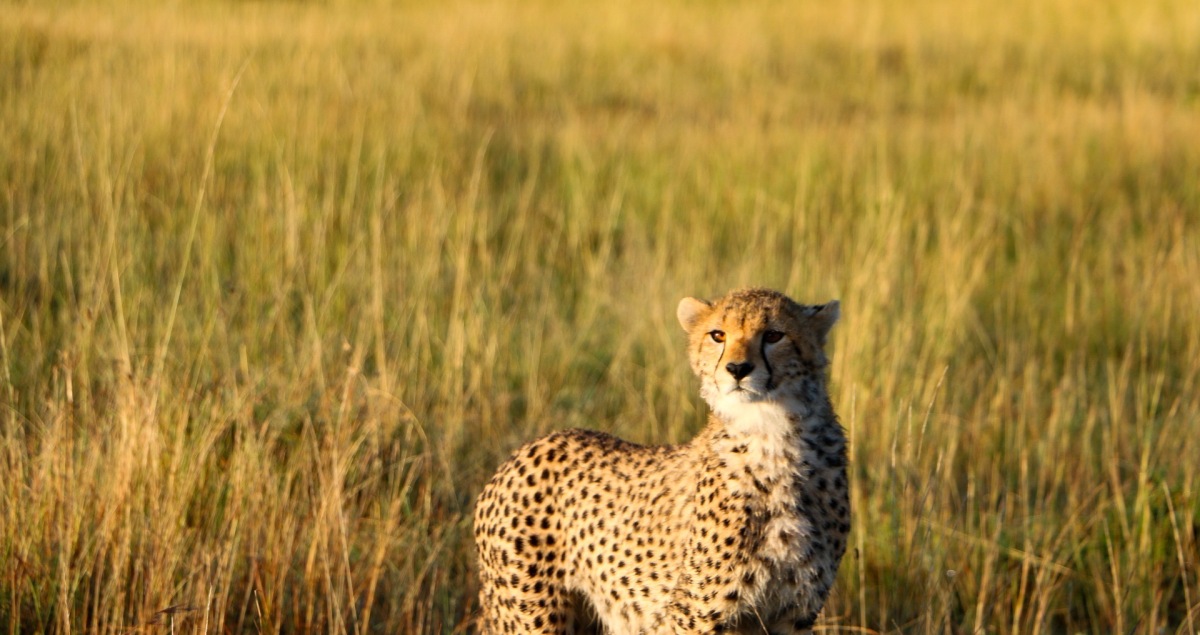 A leopard is looking me straight in the eyes. I’m frozen, my brain rapidly deciding “fight or flight,” my body awaiting the order. 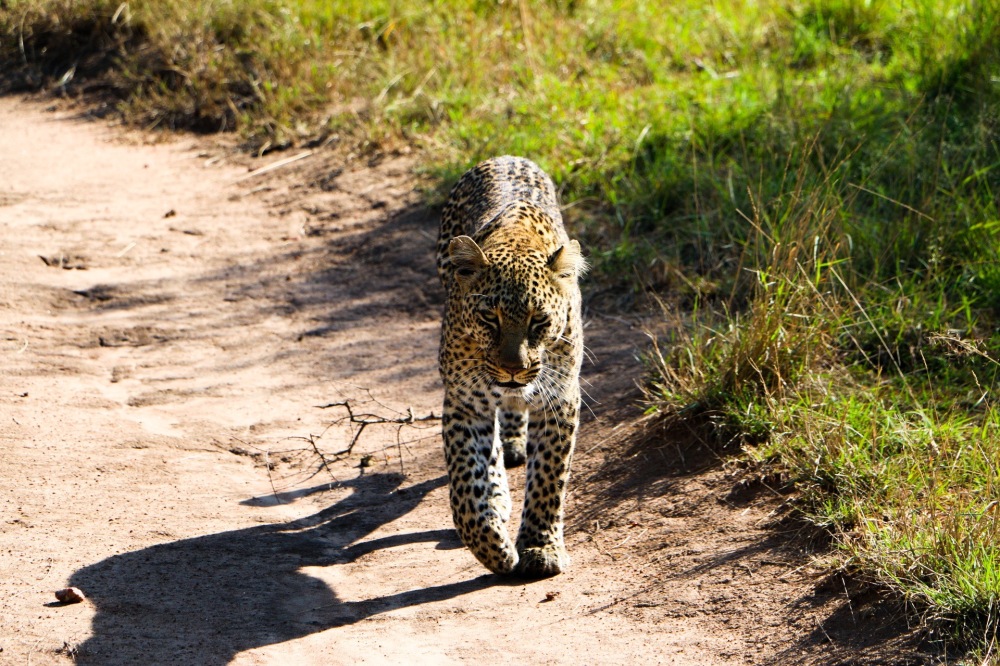 And then, the predator turns its gaze back to its real hunt, and walks on.

Of course, I didn’t actually have much to be scared of. I was sitting in the safety of our 4×4, and even with wide open doors, leopards, lions, and other great African game have little interest. Humans, and our annoying safari vehicles, are just obstacles to be waltzed by on the hunt for actual prey.

And that’s just what is so incredible. In so many places in the world, real, true wildlife, is hard to see. Whether they run, swim, or fly away, most animals don’t want to stick around to see what this weird biped wants with them.

I knew the animals in the Galapagos would let us get close to them. There are no natural predators there, so the wildlife has little to fear… but on the African plains? With lions, leopards, cheetah, hyenas, and the like cruising around, I was consistently stunned how close we could get to predators and prey.

The moment I describe above was but a single frame. The larger scene playing out beforehand was several safari guides speeding across plains, through streams, and amidst the bush to track down the rare leopard and her cub.

Knowing we’d already spotted lions, elephants, buffalo, cheetahs, hippos, hyenas, zebras, giraffes, wildebeest, antelopes (of all varieties), ostriches, and more, our guide knew all that was left to see was leopard and rhino.

We’d seen so much because our guide, John, a Masaai Mara tribesman, knew what he was doing, where the animals would be and where they’d likely go.

So when all the trucks arrived where the leopard should be, John took a different track, putting us in position for where it would be. We were the outliers of the bunch, and after a long wait, we started to think we’d missed our chance to see the stealthy predator, that the crowd was right to huddle their 4×4’s around the track by the river… and then, there she was, walking right towards us, far closer than we expected, and stunningly beautiful.

We tracked it for a while that morning, snapping off photos for a bit before just appreciating her figure, her stealth, her morning hunt. And eventually, we left to let her do just that. A morning hunt to provide breakfast for her cub which she’d left in the bush.

We then set out looking for rhino, the last animal of the “Big 5” for us to spot. Sadly, the season was too dry and their numbers too few and we weren’t able to see the incredible beasts, but we didn’t worry too much. We were thrilled to have seen so much in so little time on the Masaai Mara.

I’ve watched Planet Earth and Discovery Channel and National Geographic documentaries… I’ve seen lions and tigers and bears in zoos… nothing beats seeing real, wild animals, with your own eyes.

The lions are bigger, stronger, faster. The elephants livelier. The cheetahs faster.

In sum, it was a great experience. While I generally prefer to do things myself, you can’t walk around the Masaai Mara on foot, and though you can self-drive, I can’t imagine it’s worth it. Chances of getting your vehicle stuck in mud or worse are high, and chances of seeing a lot of wildlife is low.

So, we were very happy we booked our trip through our friend DD, of Outposts Travel Africa. She put us in a great camp, all run by locals and Masaai, with our stellar guide John Masek, and coordinated everything so we could focus on enjoying our time on safari. Thank you DD!

The photos speak for themselves. And again, huge thanks to John for putting us in position to shoot. He was expert enough to even position is in the best light when possible. So rad.