Planning our Route
Reece had been eying this coast for years and had a few definite spots, like Jbay, that we had to visit. We flew into Joburg and took a cheap connecting flight to Durban, where we rented a car and had two weeks to drive down to Cape Town. As many travelers suggested, we skipped Joburg, as it’s apparently rougher and there’s not much for tourists to explore. Although the water gets colder as you head south, we’re glad that we had Cape Town at the end to look forward to. Everywhere we went locals said “oh you have to hike here, see the Penguins there, eat at this spot.”

Getting around
Our main goal was to get in the water, so first stop was picking up boards in Durban and groceries and starting our journey. There is a hop on hop off bus called the Baz Bus, which stopped in most of the towns we stopped, but price wise with two people a rental is a better option. Also, having a car was key to accessing surf spots, exploring and feeling more secure with our backpacks and boards inside. We were also able to cart around groceries, which cut the food cost a bit. We ended up getting a Ford Eco Sport, which was perfect size for the narrow roads, while fitting our 6ft boards inside.

Remember to not leave anything in your car wherever you are, acknowledge the car guard and tip 1 or 2 Rand after, always fill up when you can, and to request an automatic. Also get ready to drive on the left side of the road and be mindful of people, animals and potholes in the road. The road runs through some small villages so some locals advised us to be armed with pens and pads of paper (better than candy) as kids sometimes swarm tourist cars. We never ran into any issues, but definitely had to dodge a lot of people and livestock leisurely crossing the highway. We made it all that way safely and forgot to vacuum the sand out of the car, so got stuck with a fee, ughhh.

Where to Stop
We got a solid list of suggestions from a friend of a friend from Cape Town and also a new buddy John who we met in Durban, while board shopping (see Reece’s list of shops). In each town we also met a ton of locals and travelers doing the same route, so you will have plenty of tips along the way (grab a Coast to Coast paperback at any hostel). We had two weeks for the drive, plus a week in Cape Town – for a surf trip a month or two would’ve been better.

Towns suggested to us – the ones we visited have a link… 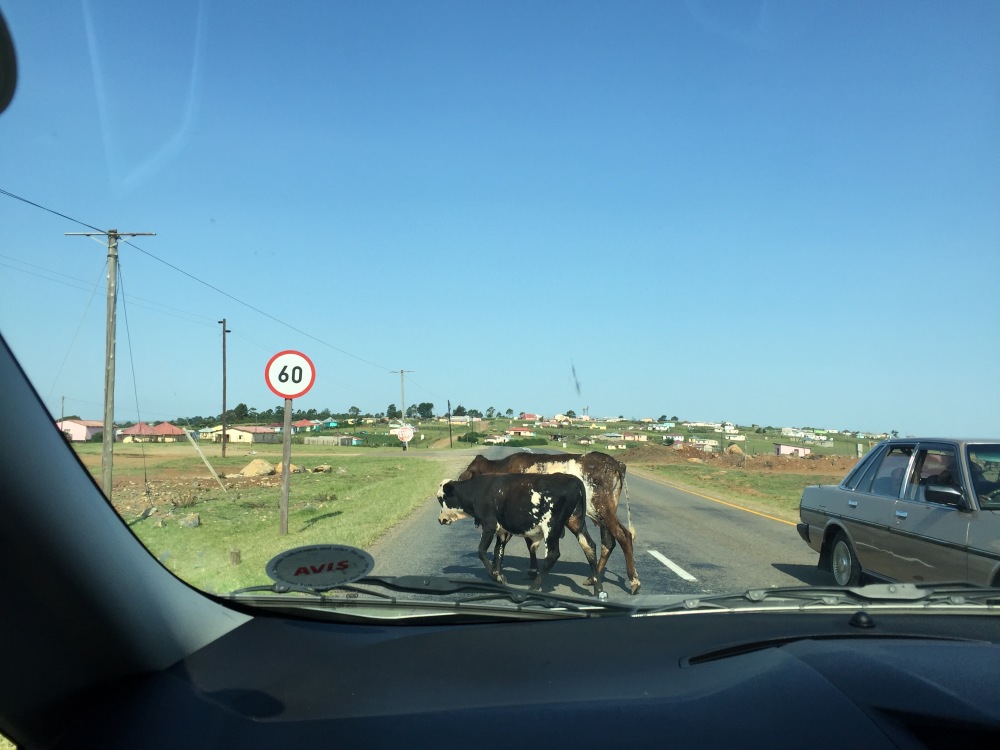