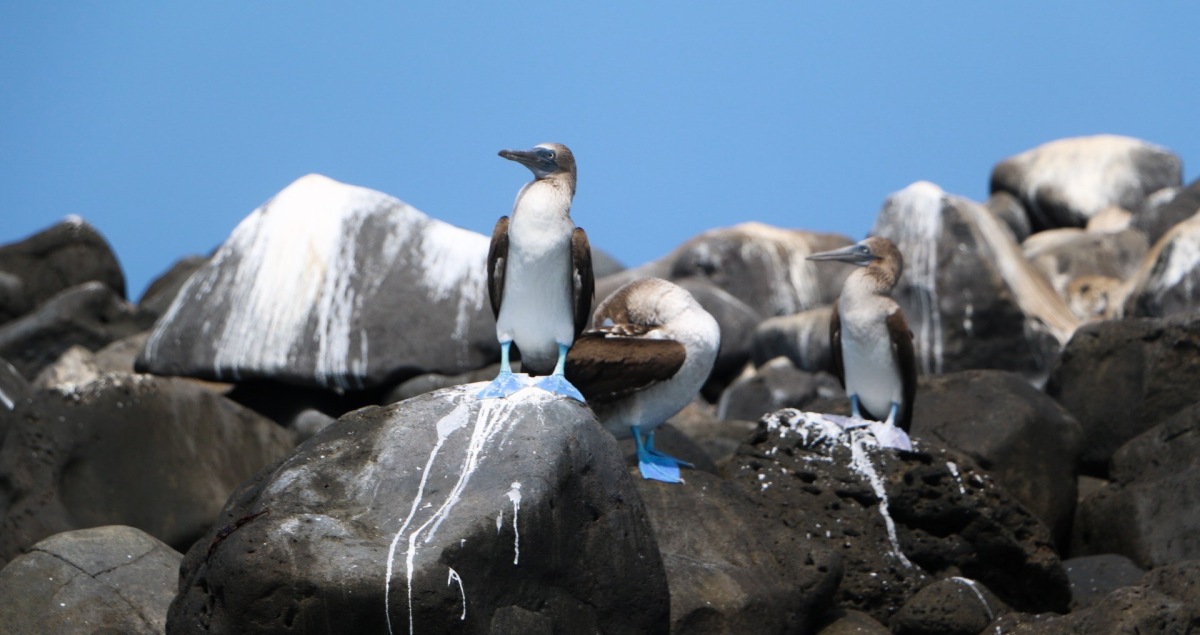 I’ve been fascinated with the Galapagos Islands since I was a kid. I don’t know if it was the National Geographic’s I used to read, or shows I watched on the Discovery Channel, but I was hooked by the unique wildlife in the air, on the land, and below the sea.

With stunning cinematography, the Galapagos are often shown as remote islands, void of humans and our horrible impact, yet inspirational to the theory of evolution.

The latter part is true, the first two parts, not quite.

The Galapagos are actually just a quick flight from mainland Ecuador, and as for the part about humans… well, yeah they’ve got humans, too.

“But surely, the humans are only local indigenous people then, right?”

Ahh… nope. Wrong again. Those who live on the Galapagos are mostly from mainland Ecuador, and have only settled the islands in he last 150 years or so. Before that, the islands were frequented by sailors and pirates stocking up on water and food (read: tortoises), but otherwise empty.

“So the people living there all work on the cruise ships then? Like, there are no actual towns, right?”

Wrong again. There are people living on a few of the islands, with populations per island ranging in the hundreds up to ~12,000 (Santa Cruz). The second most populous island is San Cristobal, with ~8,000 people, and no, they don’t all work on the cruise ships.

So the bummer is that the Galapagos aren’t entirely the pristine islands I’d dreamed of. The good news is, and contrary to popular belief, you don’t have to fork over a ton of money for a Galapagos cruise to visit, many activities are cheap or free, and you can still find many remote areas with nary a tourist in sight.

Oh yeah… and there are warm, surfable waves!

Let’s rewind… when planning this round the world trip, the Galapagos popped up as a potential stop, so I started researching how to pull it off. Thanks to my very-well-traveled-buddy Justin Tarpey, I learned that you can, in fact, just fly over there and hang on the islands themselves.

Tarpey spent most of his time on San Cristobal, surfing off of the naval base and snorkeling with marine iguanas and sea lions. Sounds awesome to us.

Upon further investigation, I learned that if you do make it to the islands you can then try to book a cruise from there, and at a huge discount! Why? Because the tour operators want a full boat. So by booking last minute, they’ll cut a deal just to fill it up.

Of course, you can’t do that when you have a big group/family and/or when your timeframe is really narrow (ex: the standard American vacation week), but when you’re just two people backpacking, and you’re already in South America, you’re flexible.

So here’s how we tackled it…

While in Peru, we researched flights from Ecuador, found reasonable tickets ($400 return from Guayaquil), and booked. We used Kayak’s fare-hacker thing and flew on two different airlines to fly in and out of different airports.

Guayaquil >> San Cristobal… San Cristobal has an airport and it’s ~$1 taxi ride or a very long walk into the main town of Puerto Baquerizo Moreno.

Santa Cruz >> Guayaquil… The airport on Santa Cruz isn’t actually on Santa Cruz. It’s on Baltra which is just a short swim from Santa Cruz, but is passable by ferry very easily.

We’d get ourselves from San Cristobal to Santa Cruz by ferry.

Yes, there are inter-island ferries. Well, they’re really just former consumer fishing boats converted for tourism with benches and life jackets, but they do the trick. It’s ~$30/person between islands, usually leaving early in the morning and arriving a few hours later. Each boat carries ~25 passengers. Try to get a seat toward the back of the boat if you prefer fresh air (and maybe don’t mind a little salt spray). Try not to drink too much the night before, as the ride can be rough. Most seemed to have bathrooms, but we didn’t use them. We generally booked our ferries the day before at the booking agents which are usually near the docks themselves.

There are also water taxis, which you will certainly run into if you island hop, as many of the ferries tie up to a mooring, while a water taxi comes alongside to pick up passengers to be delivered to shore. Most water-taxi rides are ~$.50-$1.

The Galapagos ecosystem is very fragile and tourists generally do more harm than good, unintentionally bringing foreign bugs and seeds with them on their shoes, or as good etc. As a result, there are agents on the docks who will check your bags any time you transfer (I think they just check when you leave an island… can’t remember). They’re checking to make sure you’re not taking anything from their parks or carrying any foods/seeds/nuts that could grow invasively. I actually got nabbed because I had chia seeds in my bag, which I’d had in my checked luggage on the plane. Not a big deal, they just take it.

We used Hostelworld and/or Booking.com to find places to stay, and generally just booked a few days ahead so we could maintain flexibility with our schedule. We found decent guest-houses/hostels in each place. More expensive than your average hostel on the mainland, yet not nearly as expensive as a hotel room, and still getting you close to all the beauty of the Galapagos.

There are small tours (half-day, full day), and tour agents/operators everywhere. Some by land, some by sea. The cruise ships here aren’t the massive Carnival boats that give us nightmares, but can get up to ~100 people which just wasn’t our style. Plus, we wanted to surf, which wouldn’t work with a cruise. So read our other posts about the Galapagos to get a sense for what we did while there, but point is, you can book most of this stuff once you’re there. Santa Cruz is the hub of all cruise departures, but San Cristobal is pretty busy, too.

All in all, we were really happy with how it all worked out. We got to see and experience the natural beauty of the Galapagos, we got to actually meet, chat with, and understand the locals, and we got to surf! And we did it all for much less than your average cruise booked in advance.